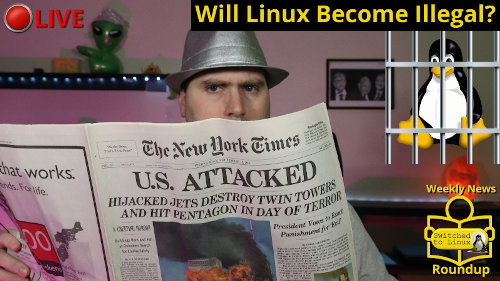 Will Linux Become Illegal?
This week in Privacy News, Korea has a required spyware app for all your online banking needs, AU is trying to get more adoption in their online medical records database, and malwarebytes has privacy tips for your five year old. We also look at an EU law that may threaten Linux and other FOSS OSs. We also look at security news.

Pop Goes the EV
This week in Business News, Netflix has new rules for account sharing, the EU goes after shops for having dark patterns, and the Biden admin chimes in on app store monopolies. Also, third party vendors fail in privacy and EV vehicles have been destroyed while charging. We also visit SillyVille.

Sims Goes Tranny
This week in Banned News, a school solicits donations for WHAT?!? Also, woman uses social media to find a doppelganger to kill, a doctor calls for an end to mRNA trials, and Sims goes full on tranny. 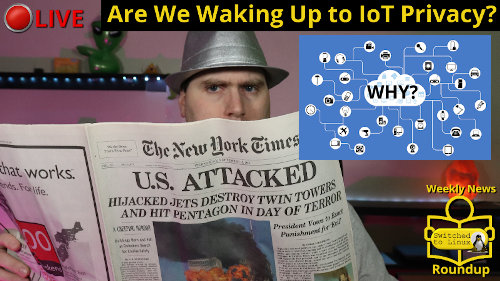 Are We Waking Up to IoT Privacy?
This week in Privacy News, India's required education app leaked out all its data, TikTok is threatened by the EU, and people are getting filmed in public for social media acclaim. Also, most of the IoT appliances are not connected to the Internet. We also look at security news.

Texting Walmart for Stuff
This week in Business News, workers become drones when monitored, Google lays off 6% of employees, and they are being sued for anti-trust. Also, Microsoft invests in ChatGPT and you can now text Walmart for your stuff. We also visit SillyVille.

ChatGPT Finally Answers Matt Walsh's Question
This week in Banned News, we look at several woke, non-sense articles relating to fake animal food, climate change, and other topics that the toobies does not want the world to know. Join us to learn more about saving the planet! 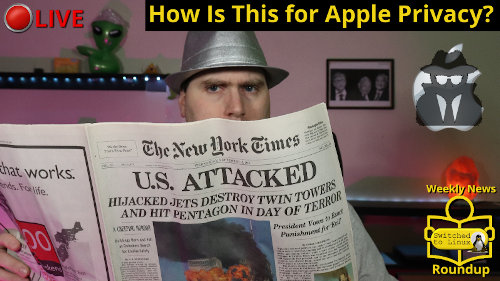 How Is This for Apple Privacy?
This week in the Privacy News, Google now wants to enter the stalking business, and they just settled another privacy lawsuit. Also, two states create new COPPA rules, and Apple has a security and a privacy snafu. We also look at security news. 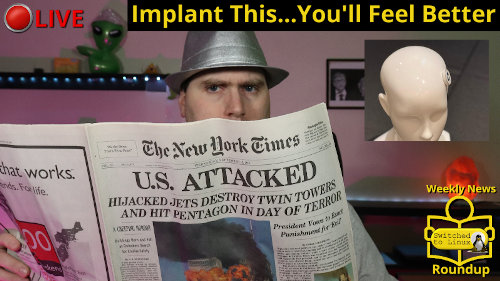 Implant This...You'll Feel Better
This week in the Privacy News, Washington has a new health privacy bill, Meta has to restrict access to teen data...and they are fighting the Minority Report. Also, a new company wants to implant devices to help with depression. We also look at security news. 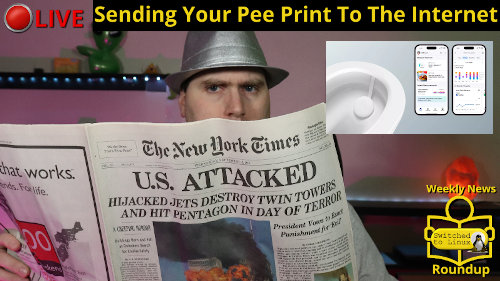 Sending Your Pee Print To The Internet

Sending Your Pee Print To The Internet
This week in the Privacy News, Encrochat cases have new court challenges, Meta is struck another data blow, and Chinese cameras have programming to detect illegal gatherings. Also, American health data is leaking in unprecedented amounts and a new company has a smart pee scanner to track your urination. We also look at security news.

New York Slaughters to Right to Repair Bill
This week in the Business News, LG is working on a paper-thin speaker while Android works on satellite-based SMS. Also, Apple tries to destroy the voice actors business and New York governor Hochul slaughtered the bill at the behest of Apple and Microsoft. We also visit SillyVille.